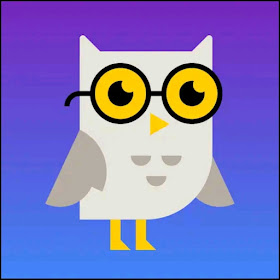 – HELPFUL RESULTS
Use your voice or camera to connect to online resources and understand any problem.
– EVERYTHING YOU NEED IN ONE PLACE
Find videos, step-by-step explanations, and more to learn subjects at your own pace.
– EXPERT-CREATED STUDY GUIDES
Socratic partnered with teachers and experts to bring you visual explanations in each subject, so you can learn the concepts behind any problem.
– WORKS FOR ALL YOUR SUBJECTS
Currently includes Algebra, Geometry, Trigonometry, Biology, Chemistry, Physics, History, and Literature. More to come!
Socratic is an education tech company that offers a mobile app for students. The app uses AI technology to help students with their homework by providing educational resources like videos, definitions, Q&A, links and more.
Socratic was first launched as a web product in 2013 by Chris Pedregal and Shreyans Bhansali, in New York City, United States. They launched their app under the same name in 2016.
In March 2018, Socratic was acquired by Google for an undisclosed amount. The acquisition was kept secret from the public until August 2019, when the Founder and CTO (now engineering manager) Shreyans Bhansali announced that the company had joined Google. The wake of news was accompanied by a redesigned iOS app
Starting from August 2018, Socratic became no longer available for user contributions; past contributions were kept, but it was no longer possible to ask, answer, or edit questions
The Socratic app utilizes artificial intelligence to accurately predict which concepts will help a student solve their question. Over months, millions of real student questions were analyzed and classified. Then the app uses that data to guess on future questions and provide specific education content.
The app works by letting students take a photo of a homework question, a feature that was later added to Google Lens. Using Optical character recognition (OCR), the app is able to read their photo and classify it using the technology described above. Students receive various “cards” in the app with different learning resources such as definitions, YouTube videos, Q&A, and original content and illustrations written by the Socratic.org web community.