Skip to content
Join WhatsApp Group
The Kashmir Files Review : In the year 2019, Vivek Agnihotri’s film ‘The Tashkent Files’ was released and this movie proved to be a hit at the box office. The film also won two National Awards. After The Kashmir Files, Vivek Agnihotri has now come up with The Kashmir Files, in which he tells the story of the genocide and migration of Kashmiri Pandits and Hindus in Kashmir in the 90’s.
The film has veteran actors like Anupam Kher, Mithun Chakraborty, but also veteran actors like Pallavi Joshi and Darshan Kumar. The Tashkent Files received rave reviews from viewers and critics, so it remains to be seen whether Vivek Agnihotri will once again win the hearts of viewers with The Kashmir Files. If you are thinking of watching this movie, you can read this review first. 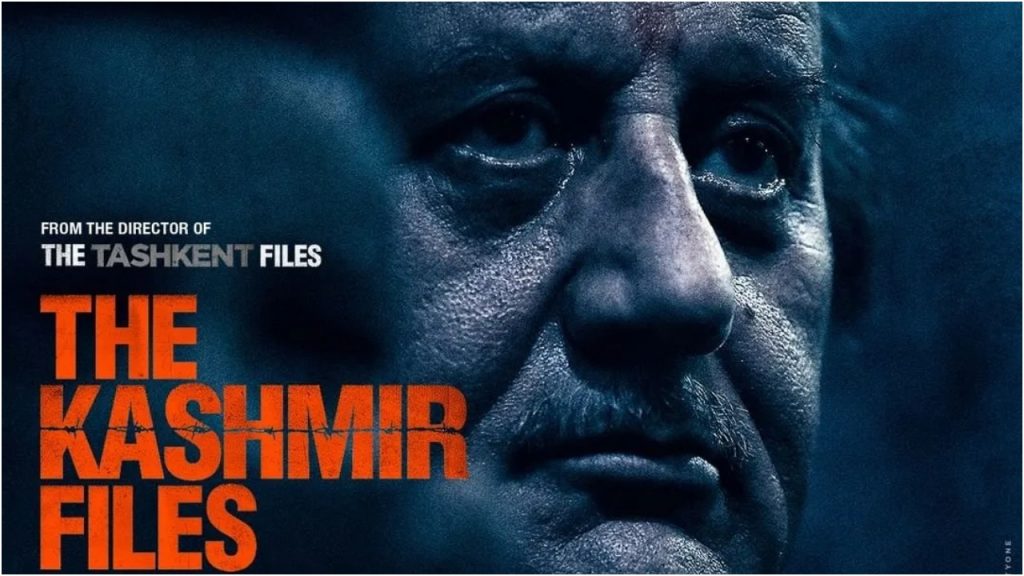 What is the story of the film?
The story of the film revolves around the life of Pushkarnath Pandit (Anupam Kher), a teacher from Kashmir. Krishna (Darshan Kumar) comes to Kashmir from Delhi to fulfill the last wish of his grandfather Pushkarnath Pandit. Krishna stays with his grandfather’s best friend Brahma Dutt (Mithun Chakraborty). Meanwhile, Pushkar’s other friends also come to meet Krishna. After this the movie goes into flashback.
Flashbacks show what Kashmir was like before 1990. This is followed by a painful story of Kashmiri Pandits being threatened and forcibly evicted from Kashmir and their homes in the 1990s. Krishna does not know what a difficult time his family has gone through during that time. After this, the levels of events of the 90s are exposed to them and it is shown how the Kashmiri Pandits went through pain during that time. The whole story revolves around this.
The Kashmir Files Review
Vivek Agnihotri tried to show a different story through ‘The Kashmir Files’. He has tried to portray the pain of Kashmiri Hindus in a profound and very harsh way through this film. It takes us to a completely different world. There are many such scenes in the film that will make your hair stand on end. This movie will keep you in your seat all the time. The story of the film is good and Vivek Agnihotri seems to be completely successful in his work.
The Kashmir Files Characters :
The cast has taken the film to new heights. Although Anupam Kher has won the hearts of the audience many times with her performance, but in this film Anupam Kher has played the role of Pushkarnath Pandit in such a way that the audience will be amazed. He proved once again that he is the brightest versatile actor in the film industry. At the same time, Mithun Chakraborty has also given full justice to his character. Darshan Kumar performed very effectively as a student leader.
At the same time, speaking of Pallavi Joshi, he won the National Award for Best Supporting Actor for ‘The Tashkent Files’ and he proved once again that he is also a strong contender for the award for ‘The Kashmir Files’. Here too, Chinmay’s performance is to be commended, which has left an indelible mark on the screen as Farooq Ahmed. Apart from this, the rest of the actors have also done full justice to their character.
The Kashmir Files OTT Release Date 2022
It ranks among the most realistic films created in Bollywood because of its portrayal of the cruelty of Kashmir Muslims against Kashmir Pandits. The film is slated for release on March 11, 2022. Since Zee Studios produce the picture, the satellite rights are exclusive to Zee Studios, and we may assume that Zee5 also controls the OTT rights, with the film set to premiere on Zee5 shortly.
The Kashmir Files is the most contentious film of the year because it deals with the horrible truth that you will experience in the cinema when you watch it. & Zee5 has not announced a release date; after the theatrical release, the company may announce an OTT release date; we will share it with you as soon as we get the official word.
The Kashmir Files Cast 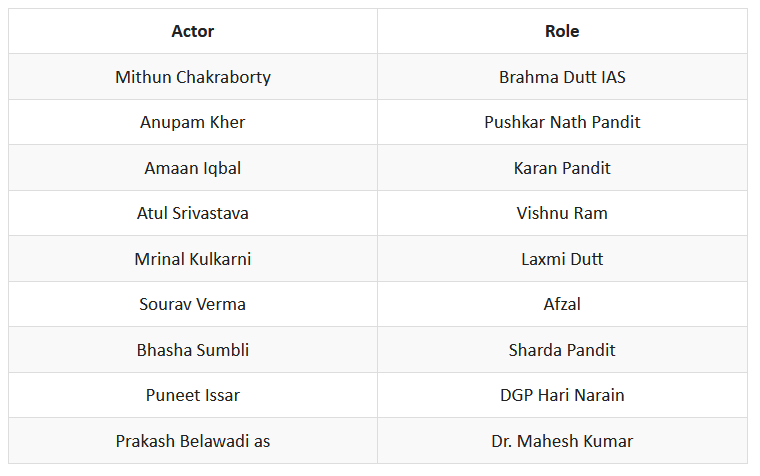